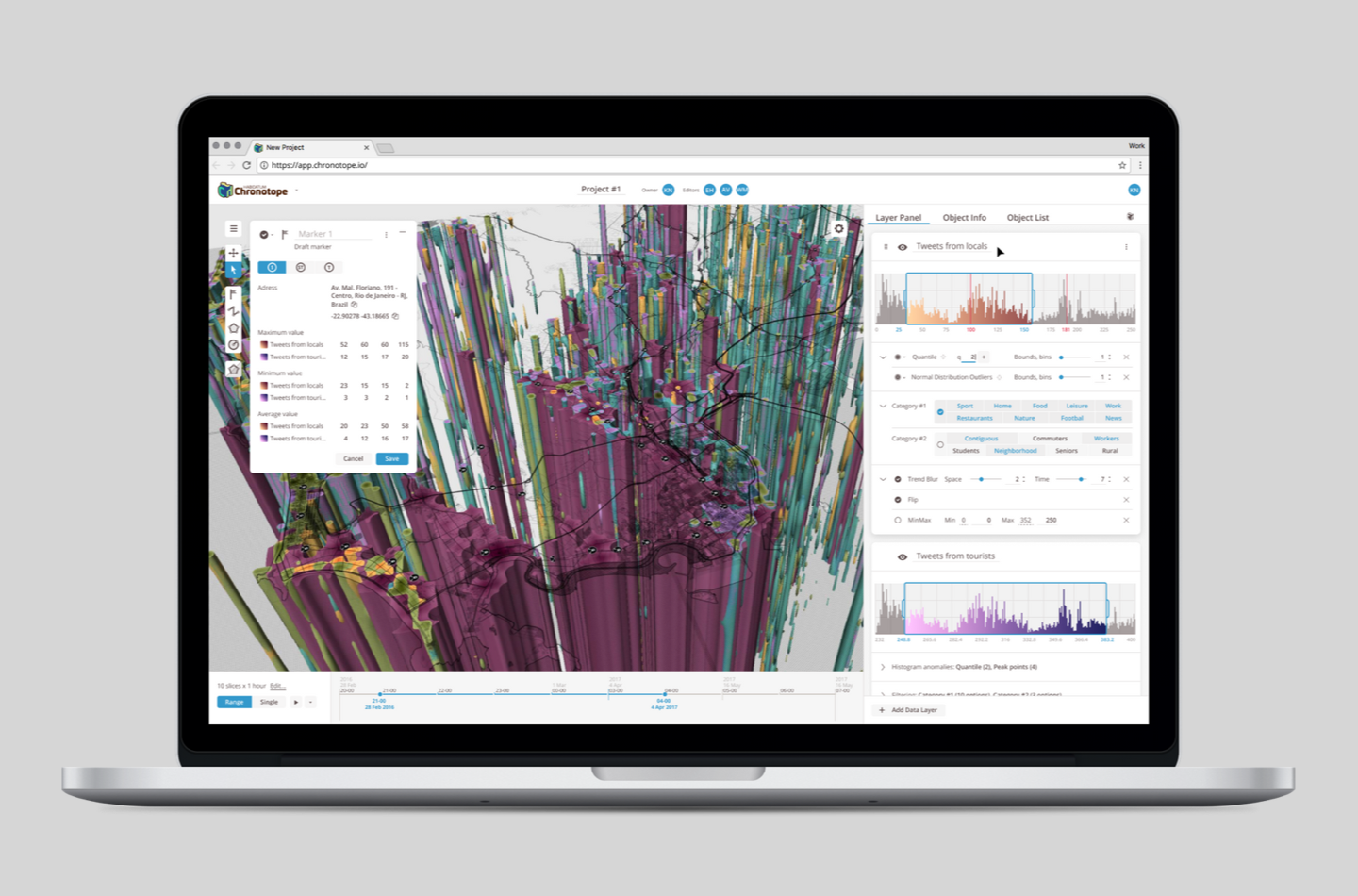 I started working on Habidatum+Mathrioshka urban analytics platform in mid’2016 and worked on it for a year.

At first, I was a single designer in a company and collaborated closely with development, management, and data science teams.

I designed and updated various interface components and flows using instruments at hand, sometimes working — literally — side-by-side with the developers, which helped us to iterate swiftly. My main tools were Sketch for mocking the designs, Principle for UI animations, and front-end stack (JS, Stylus, HTML, Git) for building hi-fi prototypes.

After two more designers joined the team, we re-created the design pipeline completely with Figma (yes, back in early 2017). In all these ventures I was the leading designer. My job was also to maintain the design library and share the knowledge with new designers in the team, which was one of the favorite parts. 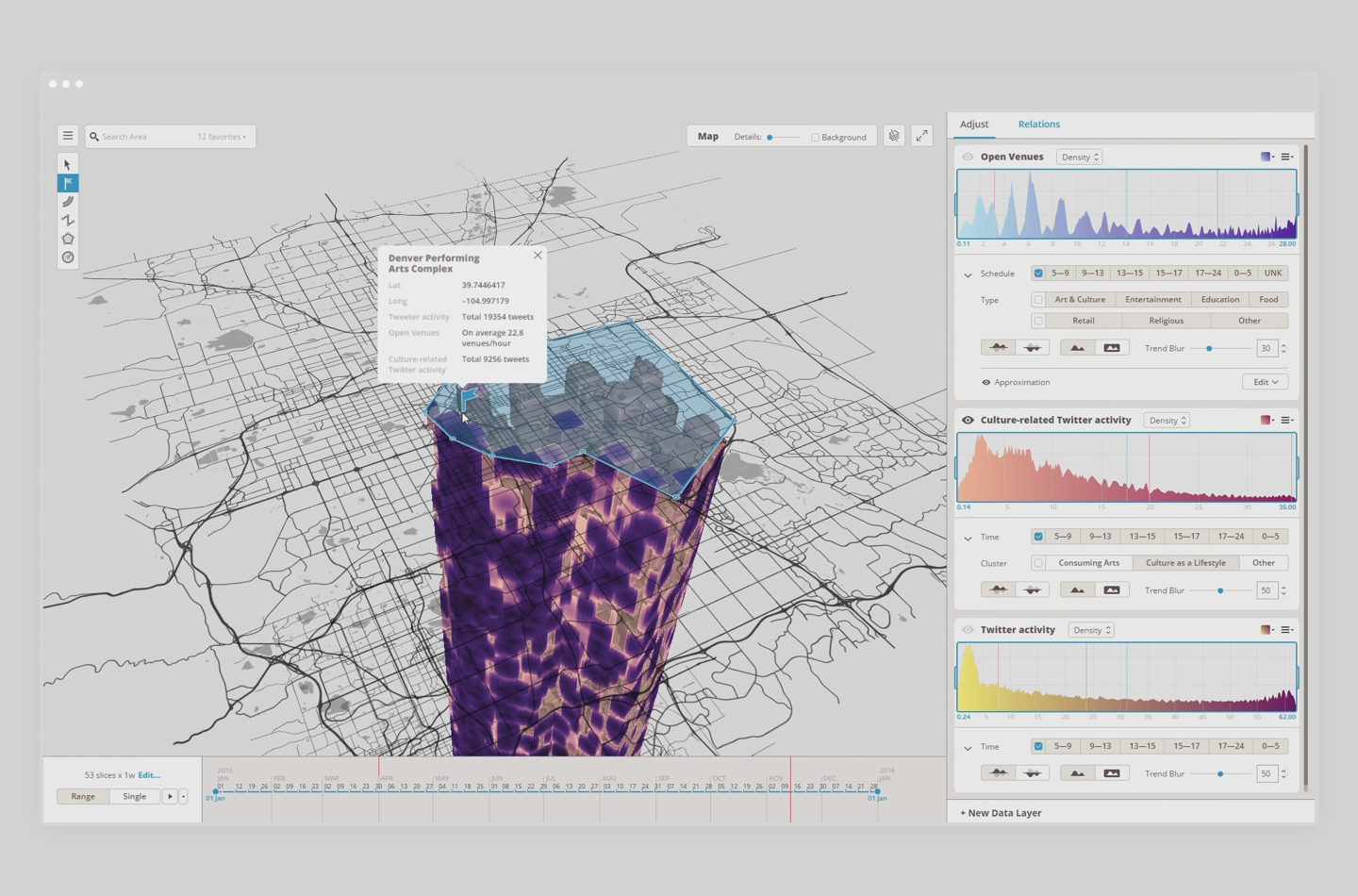 In the ever-changing market of urban analytics and big data, the brand new product made by a relatively small team should be well-designed and properly marketed to stand out from the "heavy-weight" competition. This task implies finding the right niche and doing a lot of UX and market research, adding tech perfection to the mix.

There were several pain points our team was trying to overcome: 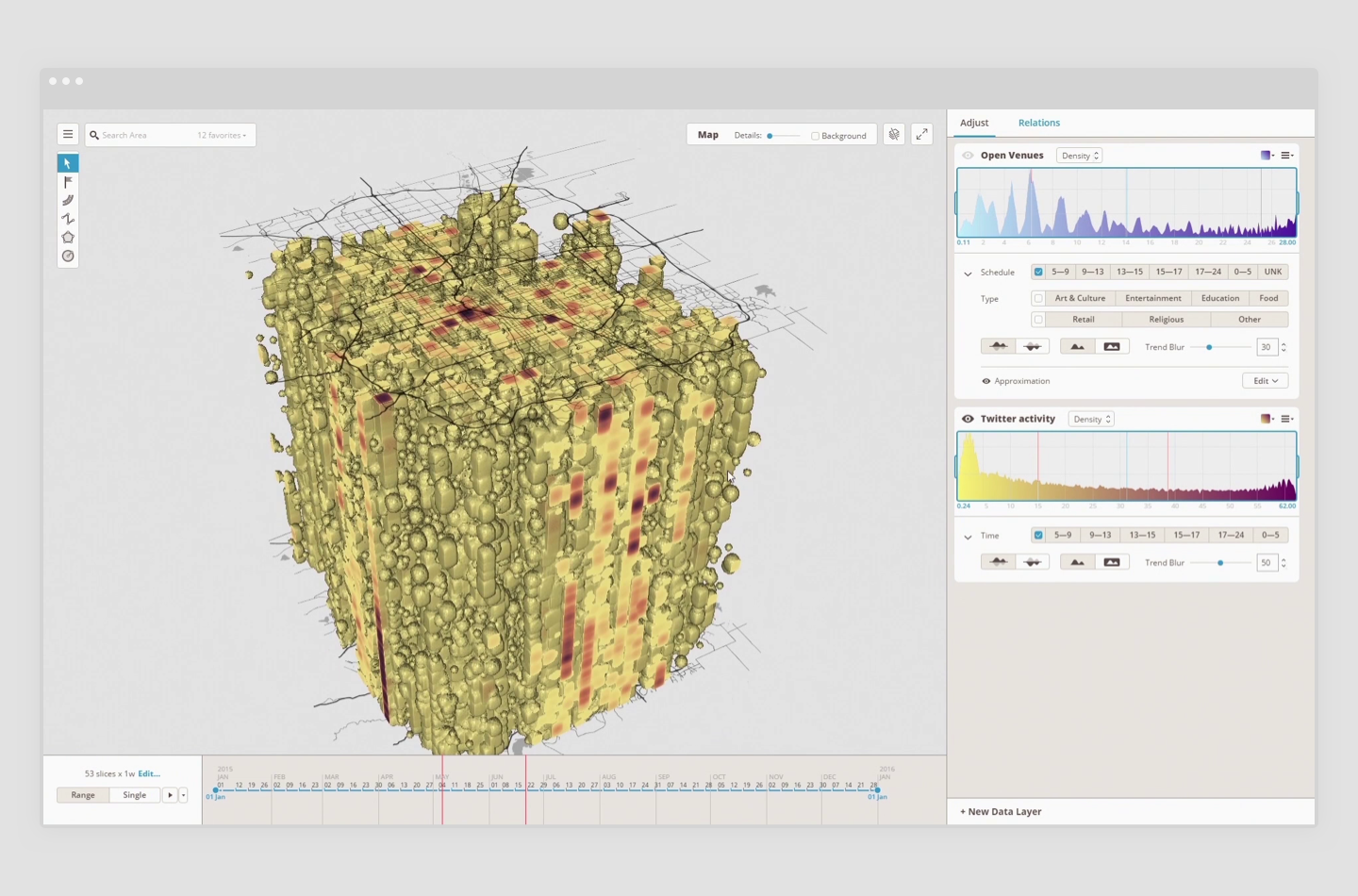 Speaking of our main asset: the Platform, we tried to achieve the transparency of urban data (collected either from open sources, like Swarm or Twitter, or from client custom-made datasets) for everyone — not only the urban experts. It included the interface updates making it more user-friendly, and the creation of a user knowledge base. One of the toughest problems here was to make the process of data upload and initial setup as easy as possible.

The Platform was split into four main blocks:

To facilitate the work of a cross-platform team we needed a totally new solution. I used Sketch and other designers relied mainly on Windows solutions such as Creative Cloud app stack. These apps were not up to the task of connecting two design worlds. I suggested using Figma as it was the best web-based solution at the time (still in beta, tho), and allowed us to work collaboratively on the same designs in real-time.

So, one of the first teams in Russia we started using Figma for day-to-day design tasks. This included building a component library, splitting all the existing designs into categories, and importing Sketch-made designs to Figma. The design process had a defined set of steps: experimentation and discussion, creating different states for a component, implementing it into a library — each step with its own workspace to make quasi-versioning easier.

We've started doing regular user interviews data scientists working on our team, and later — with data scientists, architects, and managers working on our potential clients' teams. This included the whole thing from writing the script to sitting next to a user and watching them traverse the particular scenario, analyzing the results (usually through a direct discussion), and then simplifying and adapting our interface if necessary.

The main goal here was to create a visual style that can be reused for new client presentations. Older landing pages and interactive visualizations needed to be adapted for mobile platforms. Together with the front-end engineering team we optimized the performance and made all the animations in the interactive dataviz as smooth as possible. 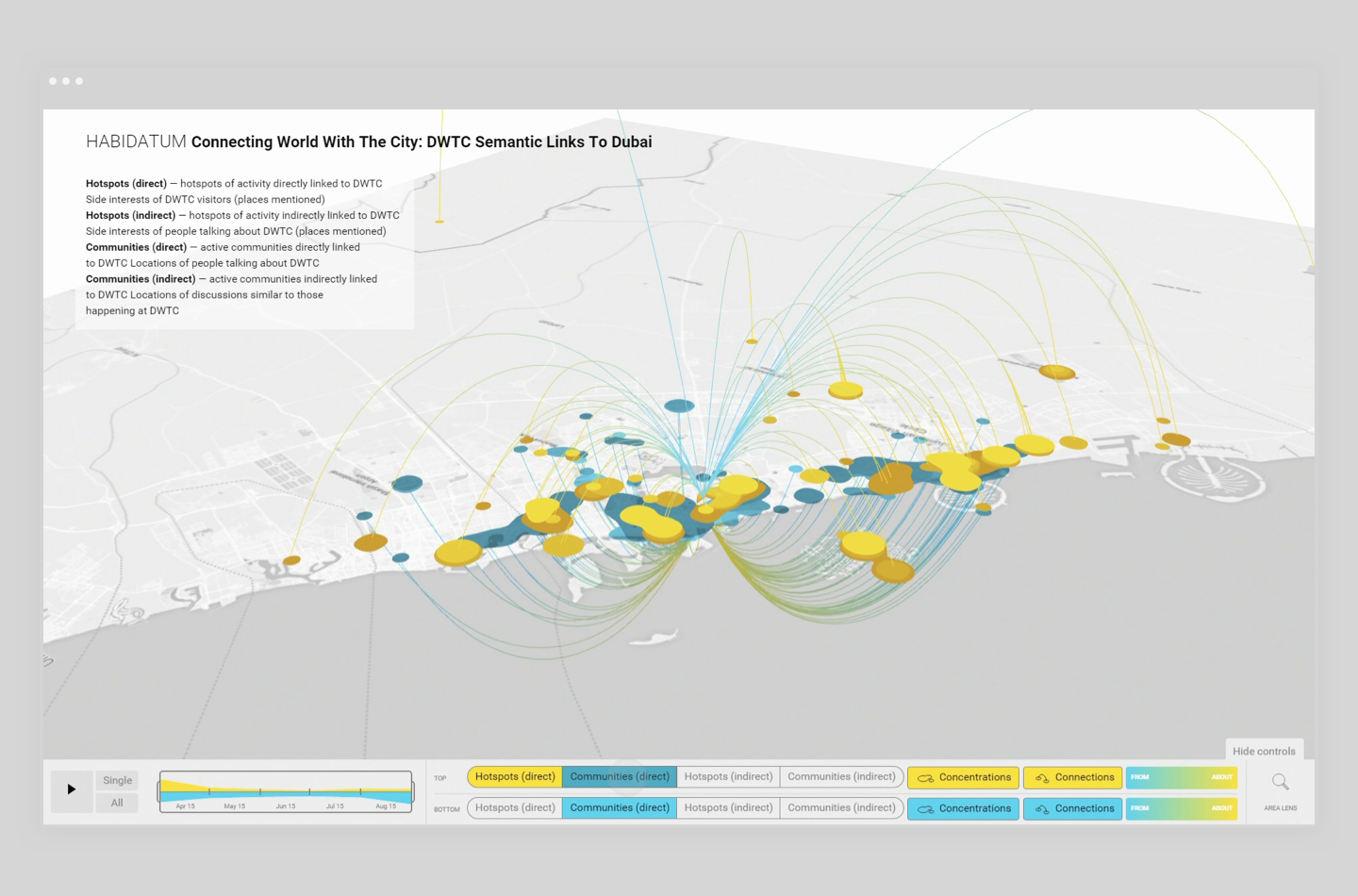 The side-goal here was to build up a library of reusable components (plots, charts, media galleries, etc.) for our future landing pages and visualizations. Later on, most of them were added to our codebase. Also, we’ve experimented a lot with color schemes, font styling, and different controls to improve the usability on mobile platforms.

At some point, we’ve designed a special version of our platform with some additional widgets and tweaks to be used on-premise for one of our main clients. This lead to solving some challenging tasks: platform interfaces had to work nicely on multiple connected screens; some parts needed to be built from scratch or heavily adapted for mobile devices; all web interfaces also have to be optimized for real-time monitoring of huge datasets.