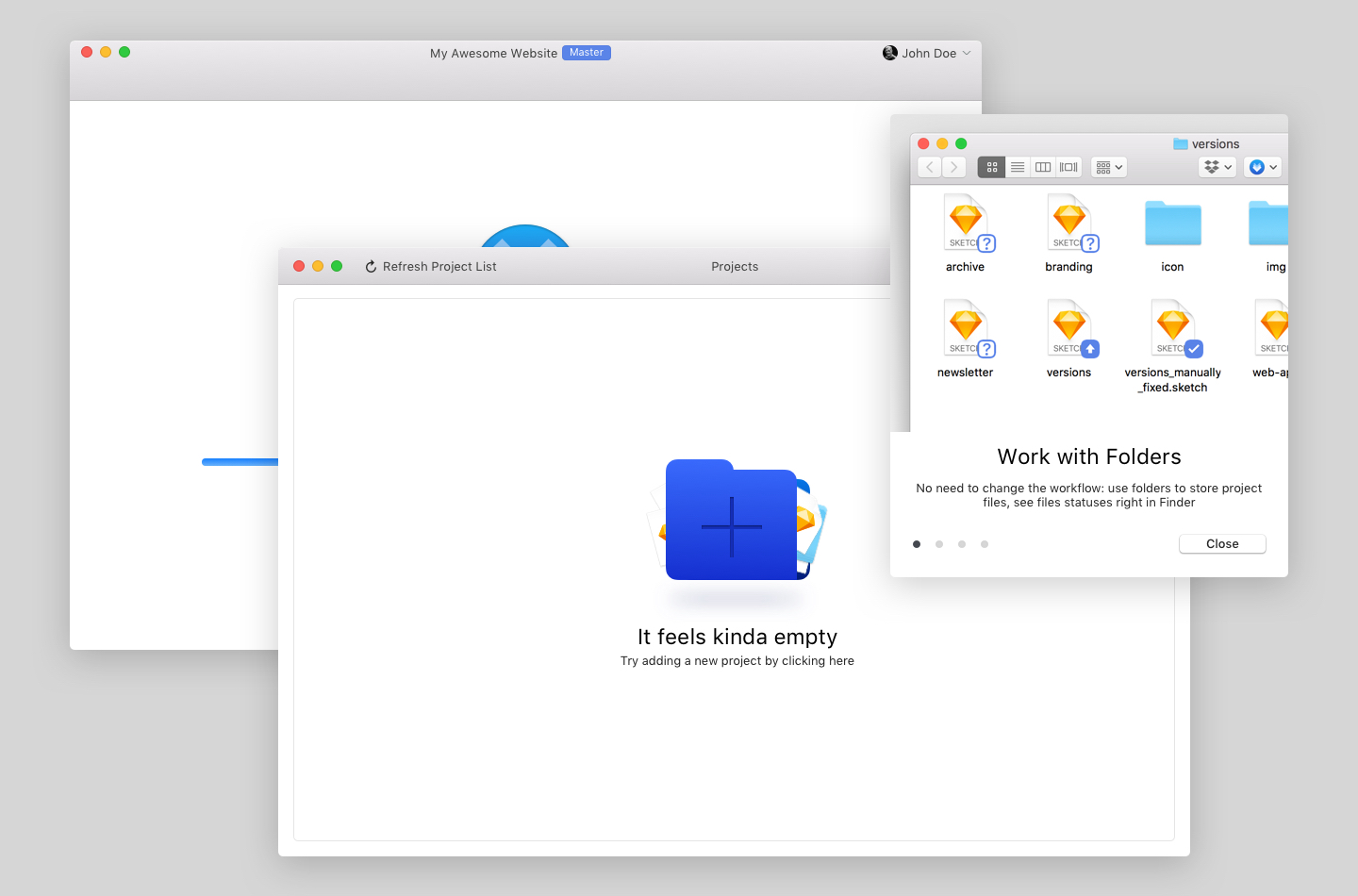 I’ve joined Sympli team in mid’2017. My main task was to define the vision and create concepts for the new Sympli product: version control system for Sketch files called “Versions”.

Once again, I became a single designer in a mainly technical team. I was doing everything design-related: starting with marketing materials and ending with creating general user-flows and creating body copy for most interfaces. Our team used daily syncs to stay on the same page, and I worked with the dev team as close as I could, which sometimes involved working directly with the codebase. We worked in sprints and did regular retrospectives afterwards, trying to learn on our own mistakes whenever possible.

My secondary goals were to maintain all the existing Sympli ecosystem with MAU of 40 000+: web app, plugins for Sketch, Adobe Photoshop, Xcode, Android Studio, later on — Adobe XD, and work with all the marketing assets for Sympli products: blog illustrations, social media, videos, etc.

Sympli as a growing business needed to reach for new users, mainly enterprise design teams, that have made up the core of our eco-system — in turn, so that we can increase the revenue and do a better service for our client base: adding new integrations, scaling our tech solutions, focusing on the needs of big teams. So, here are the most important things we wanted to do with the Sympli's line of products: 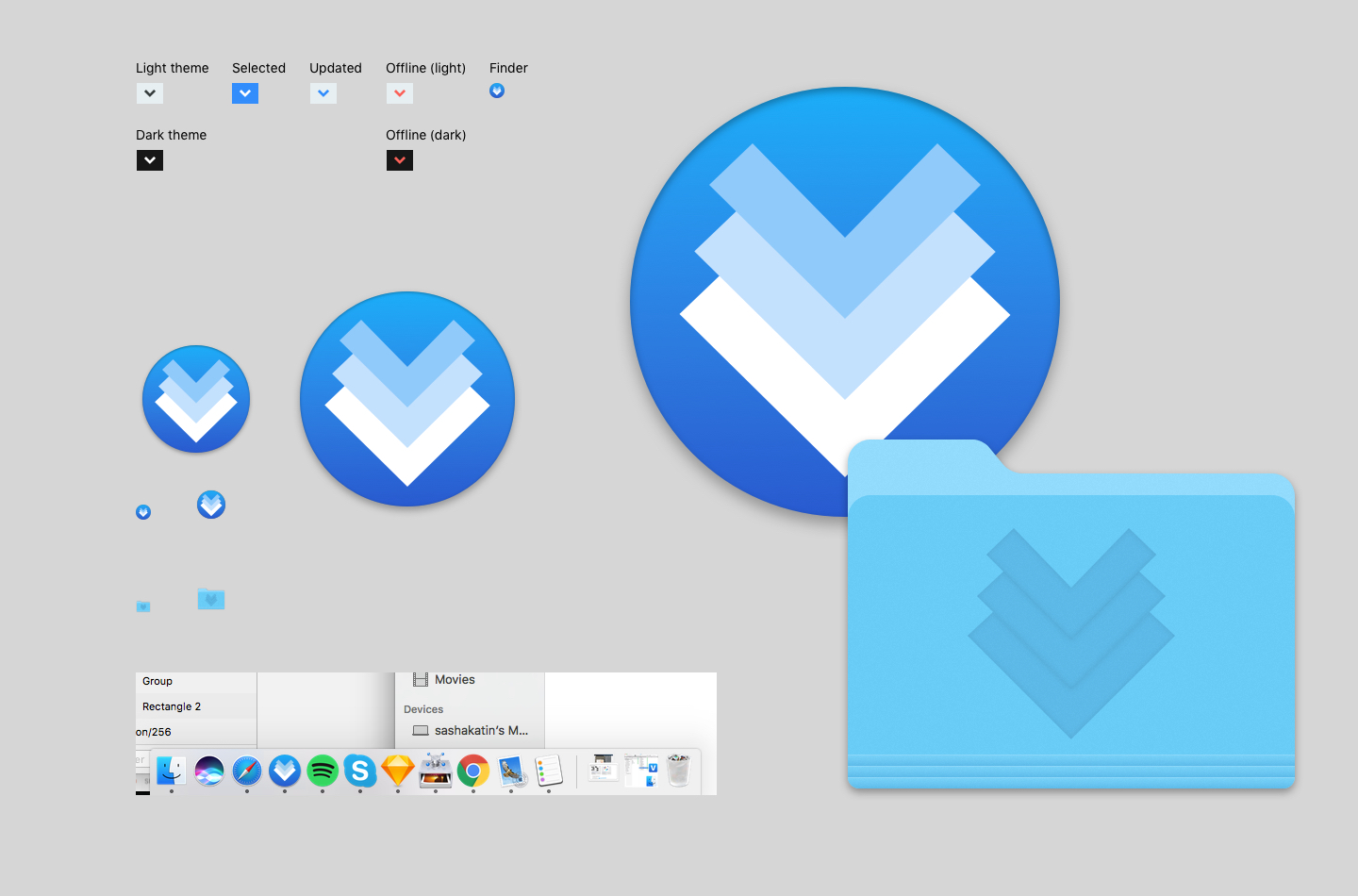 Launching Versions app from 0 to 100% was an enormous team effort. We started with a rough tech prototype which served as a proof-of-concept, and made several iterations on Finder daemons, to get a grasp of what operating system is capable of. 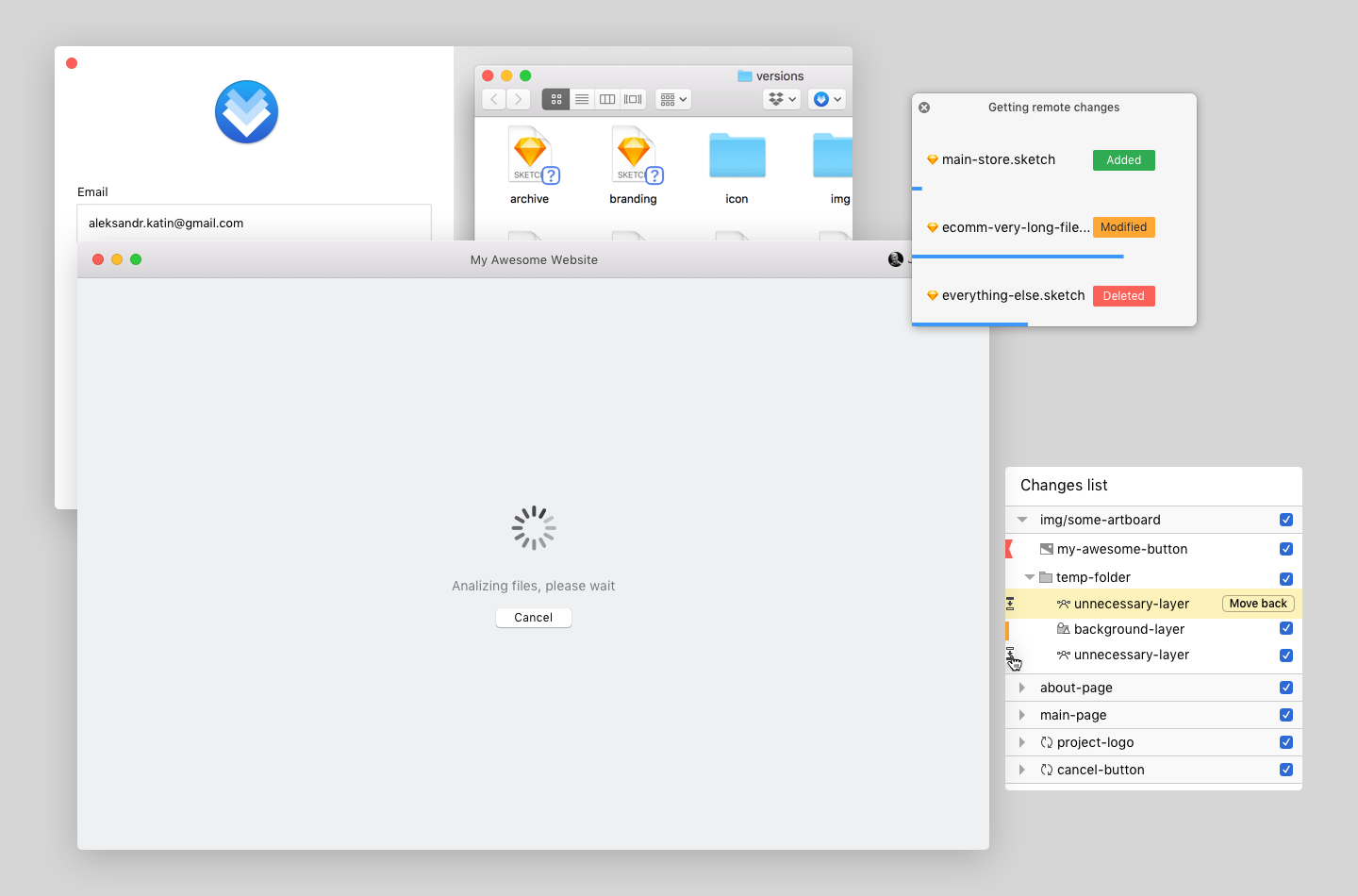 Then we've done multiple takes on UX design, defining most relevant user scenarios, and thinking about the connections between different services from the start. 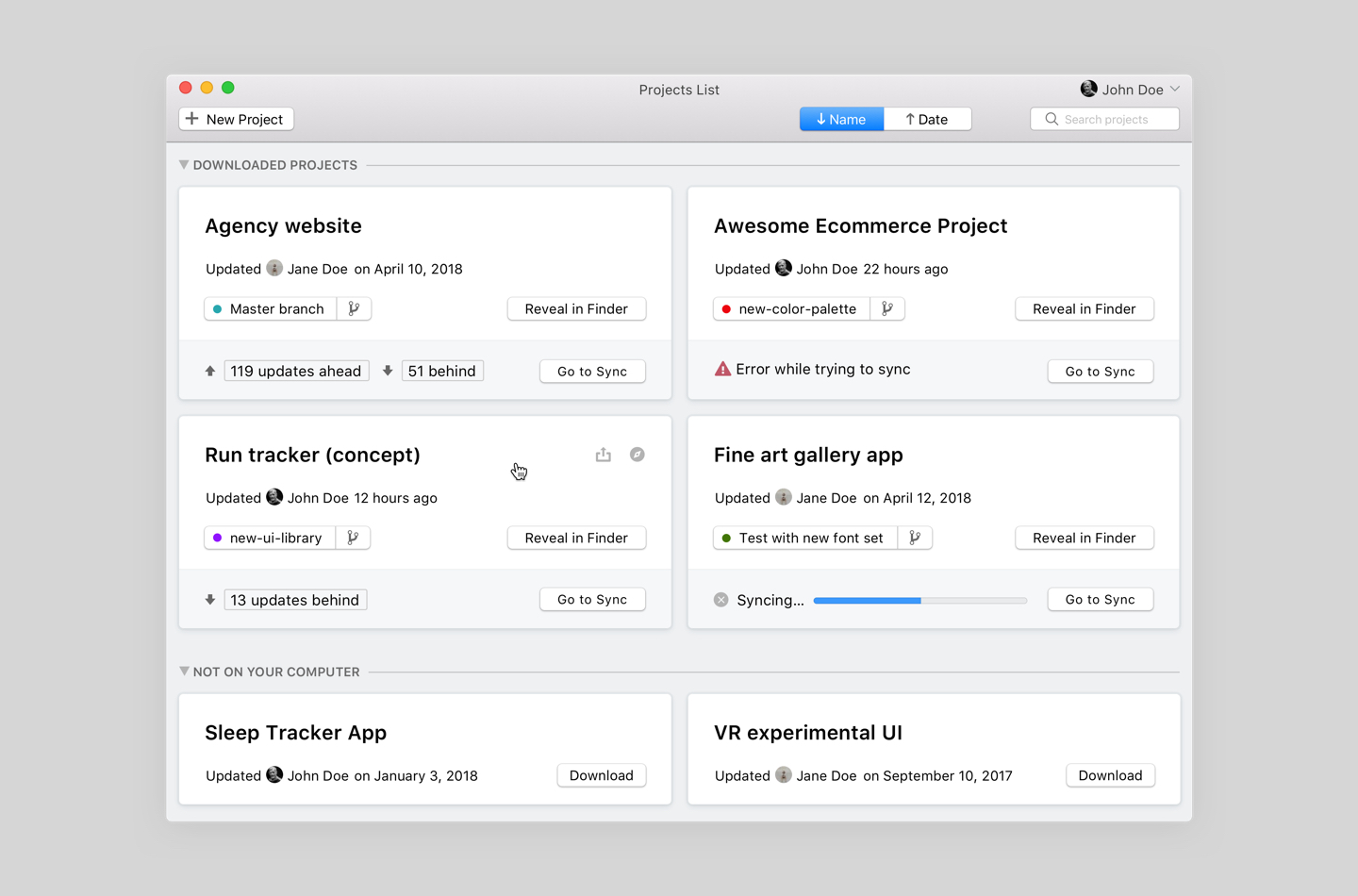 Versions was initially a purely native macOS app with tight OS integrations, but in a couple of months before the beta release, we've designed web service allowing our users to view design changes online — think Bitbucket or Github but for Sketch designs. 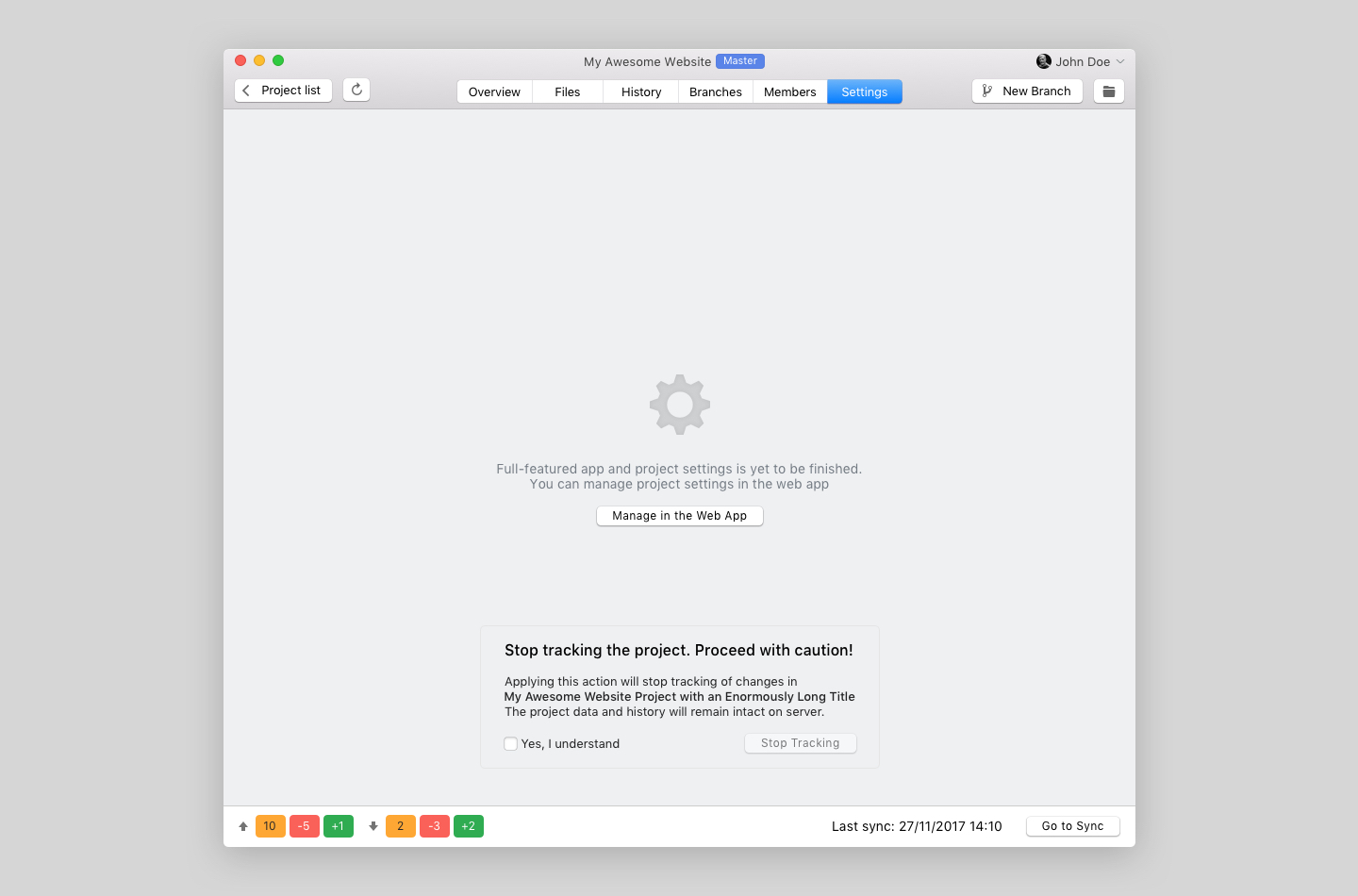 Another important part was advertising the new app among our existing users and making the necessary announcements. I've done designs for newsletters and landing page describing the advantages of the new app in Sympli's family of products.

I've scripted and conducted 20+ interviews showing designers from different client teams interactive prototypes, trying to understand their pain points, whether Sympli Versions help to tackle them or not, and adapting the scenarios accordingly.

Versions launched successfully in about 6–7 months, and the team started improving user experience further on the live product with the first ≈100 beta-testers.

Working on the eco-system 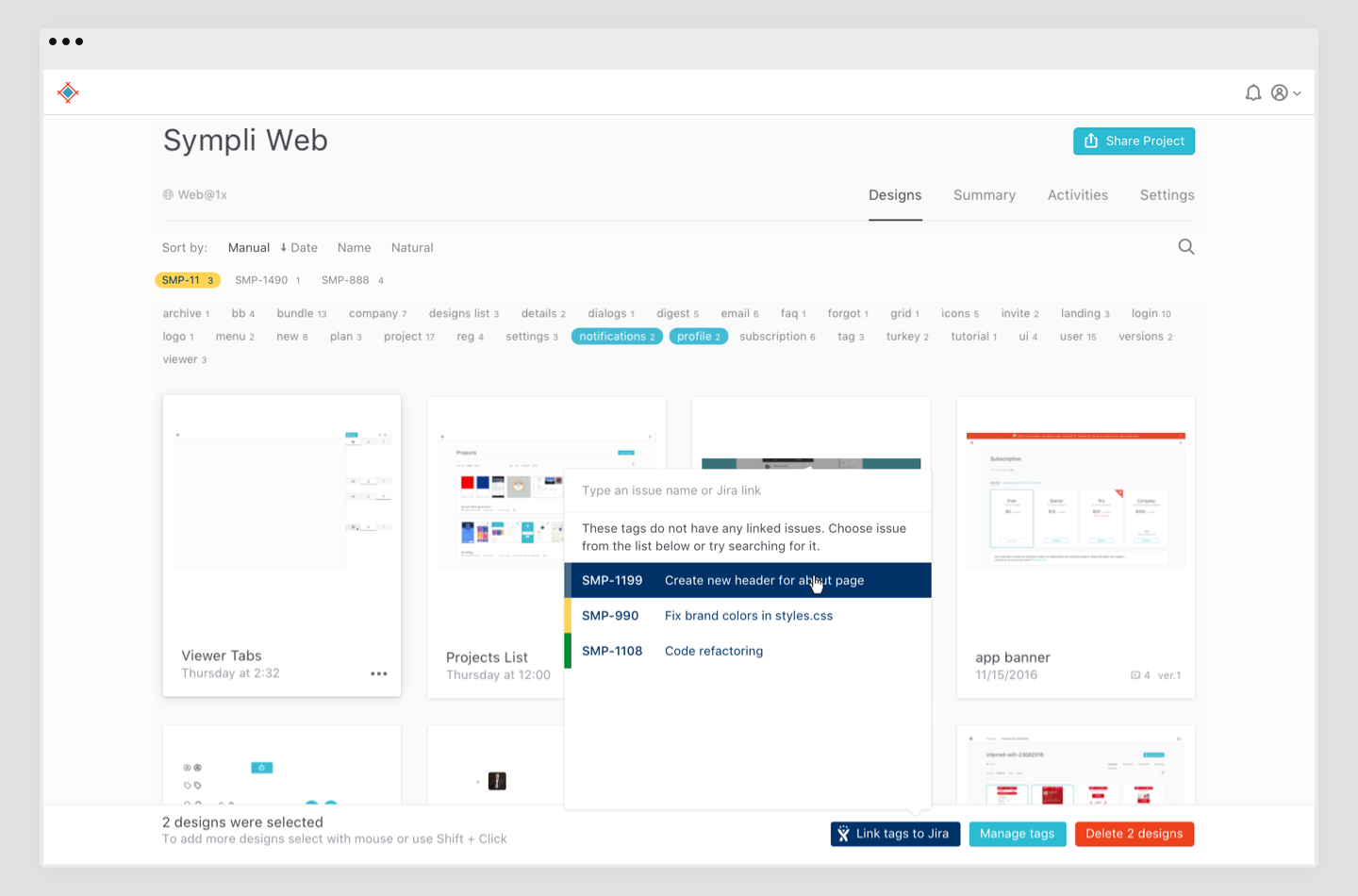 In parallel, we worked with our existing products including handoff plugins for Photoshop, Sketch, and plugins for XCode or Android Studio helping the devs to get designs right in their IDEs of choice directly.

I helped to design and launch a new plugin for Adobe XD which was right out of beta, and some of our users implemented the new product in their design pipeline.

Sketch team introduced prototyping feature around that time, so we quickly adapted this new functionality to the core Sympli product, allowing our users to hand-off and preview Sketch prototypes right in our web app.

With our user base being mostly enterprise design teams we wanted them to be able to work flexibly with the most ubiquitous task management system, Jira; so we've introduced Sympli live embeds in Jira tasks via Sympli plugin on the Atlassian marketplace. 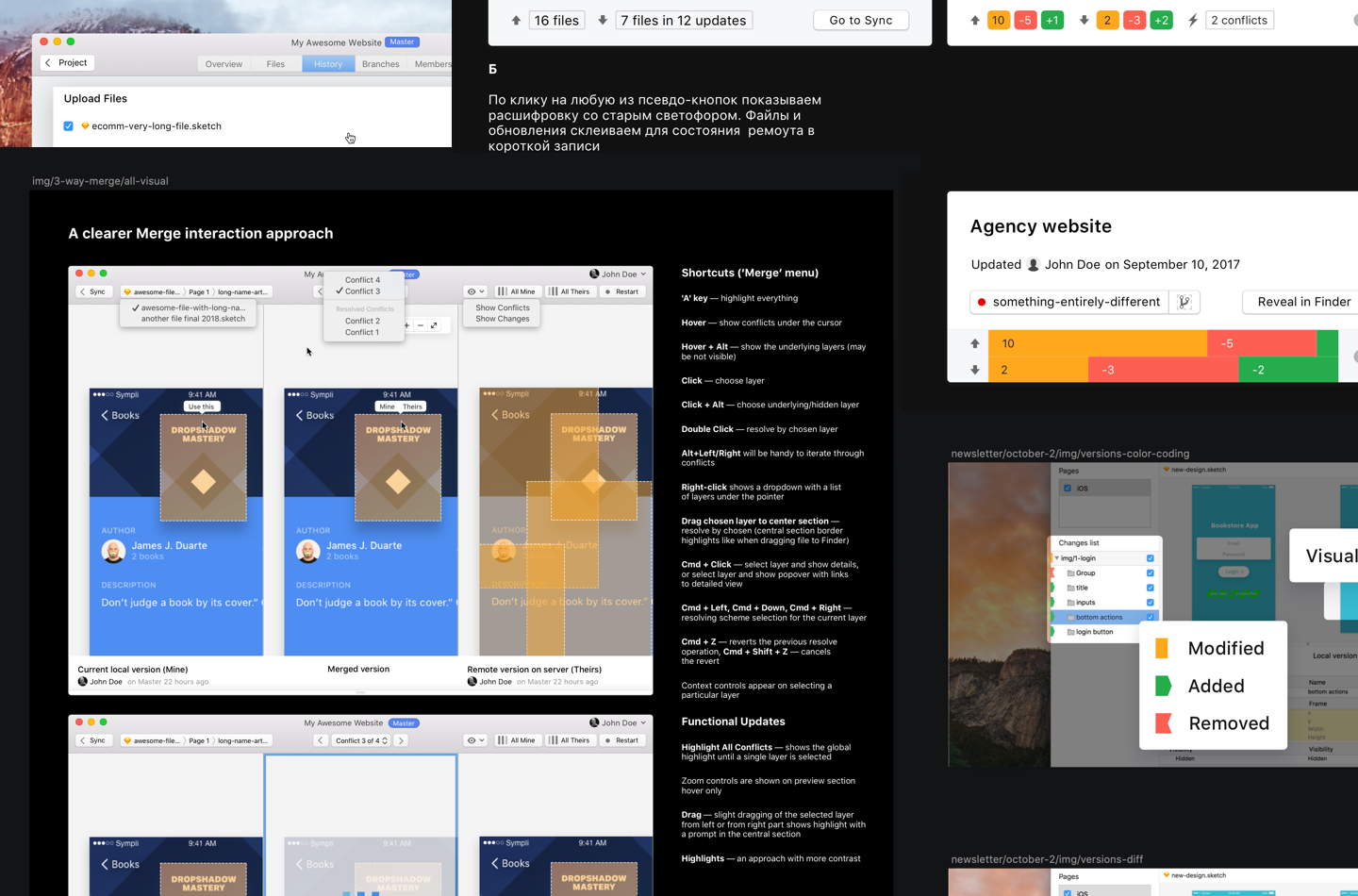 We've started doing regular user interviews with data scientists working on our team, and later — with data scientists, architects, and managers working on our potential clients' teams. This included the whole thing from writing the script, to sitting next to a user and watching them traverse the particular scenario, analyzing the results (usually through a direct discussion), and then simplifying and adapting our interface if necessary. 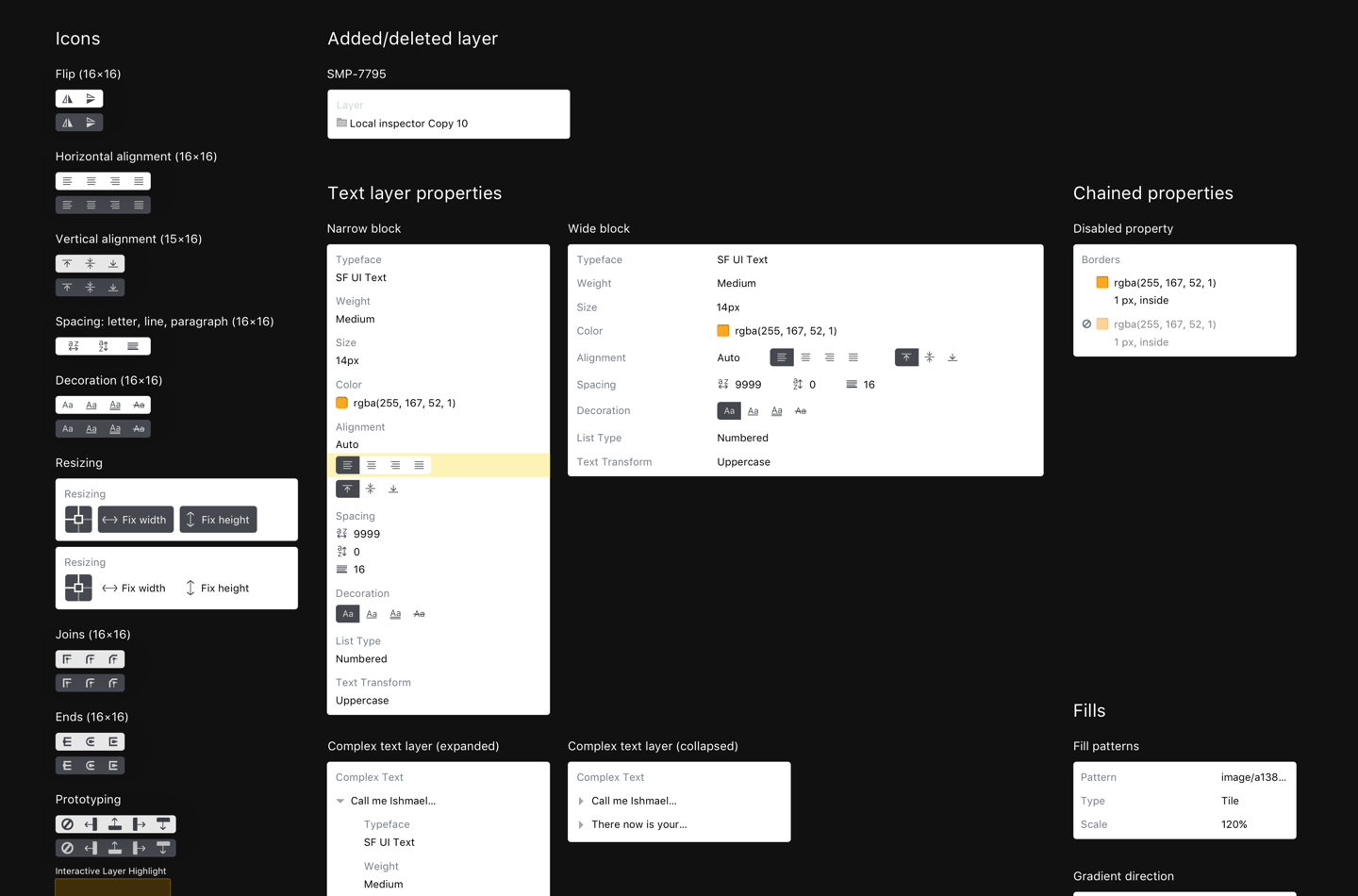 I created a small design system to be able to build communication banners, blog post previews, etc. quickly. Also, I supervised the overhaul of Sympli's main website with increasing the retention and expanding our userbase in mind. This included clarifying communication in everything related to payments and new users' registration. 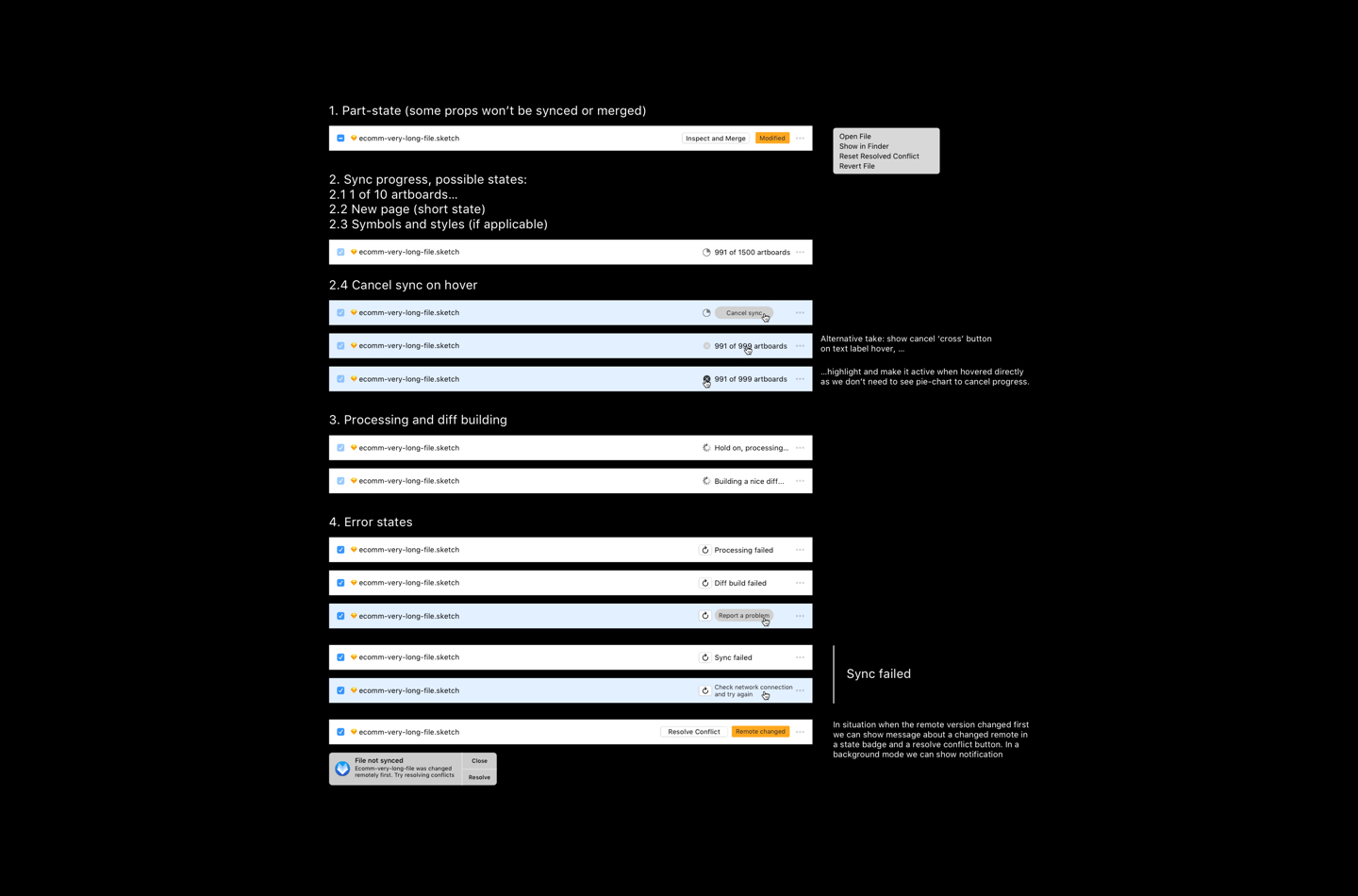 From the design perspective, all this was done by me single-handedly, but of course enormous tasks of native programming, product direction, quality assurance were all team efforts. We talked with our users constantly trying to understand their goals and frustrations better.